SCHINDLER PREPARS THE SIXTH STEP AROUND THE WORLD WITH SOLAR AIRPLANE 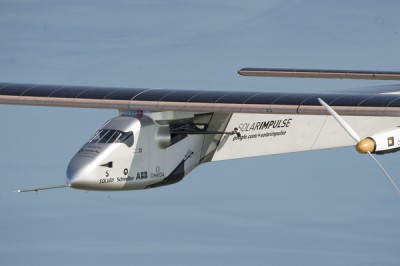 With the support of Schindler, the Solar Impulse plane 2, designed to get the first solar flight around the world in 2015 without using fuel, is preparing to leave for its sixth destination. The flight Mandalay (Myanmar) to Chongqing (China) is planned for Monday, April 30. The Schindler Group in conjunction with local authorities, welcomes the pilots Bertrand Piccard and André Borschberg on an institutional event in that country.

The Solar Impulse 2 will complete the round of the world, with a distance of 35,000 kilometers and 500 flight hours, with stops in 12 cities. In the last section, between Europe and the United Arab Emirates, the pilots will command the solar plane over 5,845 kms, corresponding to 120 flight hours, aiming to achieve what no other plane could before: fly without fuel with a single pilot for 5 consecutive days and nights over the oceans from one continent to another. 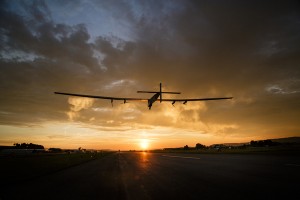 The mission is monitored from the Control Center (MCC), located in the auditorium Rainer III in Monaco, which maintains constant contact through satellite with the solar plane. The aircraft with a wingspan of 72m and a total weight of only 2.300kg, has an aerodynamic performance and an energy efficiency superior than any other designed until this date. It has a cabin of 3,8m³ and each of its details was designed, so that the driver can stay inside for a week. However, for the sake of maximum energy efficiency, the cabin is not pressurized or heated, which means an additional challenge for the pilot’s strength.

About Schindler
The Schindler Group founded in Switzerland in 1874, employs more than 54 million employees in more than 100 countries and is the world leader in urban mobility, through the design, production, installation, mantainance and modernization of elevators and escalators. Every day the Schindler Group moves one billion people worldwide. The Group is present in Portugal since 1948 and has approximately 450 employees.

This website uses cookies to improve your experience while you navigate through the website. Out of these, the cookies that are categorized as necessary are stored on your browser as they are essential for the working of basic functionalities of the website. We also use third-party cookies that help us analyze and understand how you use this website. These cookies will be stored in your browser only with your consent. You also have the option to opt-out of these cookies. But opting out of some of these cookies may affect your browsing experience.
SAVE & ACCEPT
Powered by